Russia’s ambassador to Poland was doused in pink paint and pelted with objects as he tried to put a wreath at a memorial to Soviet troopers in Warsaw, Poland, on Monday morning, Could 9.

Sergei Andreev was confronted by protesters as he tried to mark Victory Day on the Soviet Army ceremony within the Polish capital. He was blocked from getting into the cemetery by a crowd that waved Ukrainian flags in his face and chanted ‘fascist’ earlier than individuals started throwing issues at him. 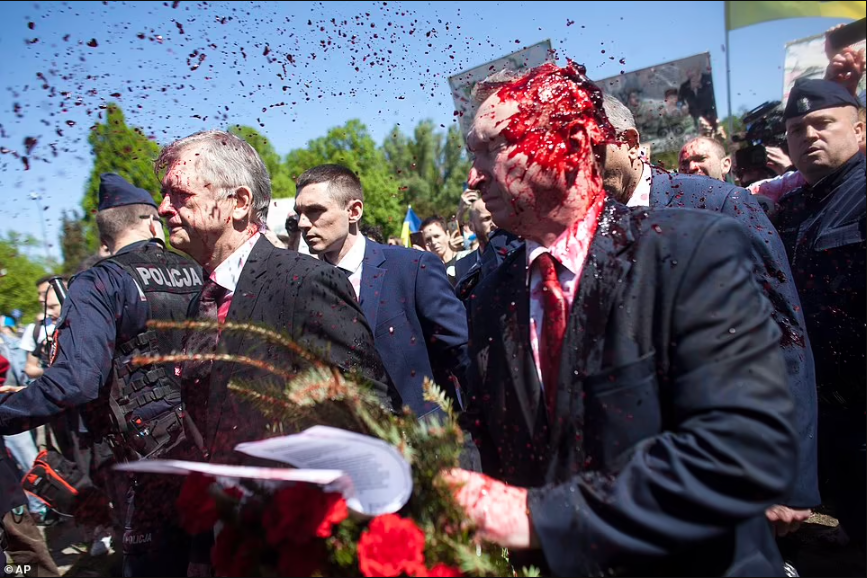 Andreev and his safety element have been hit a number of instances with projectiles earlier than one demonstrator threw a bag of pink paint into his face.

The delegation have been prevented from reaching the warfare memorial on the centre of the cemetery or laying the wreaths that they had introduced with them. As a substitute, they have been escorted away by Police. 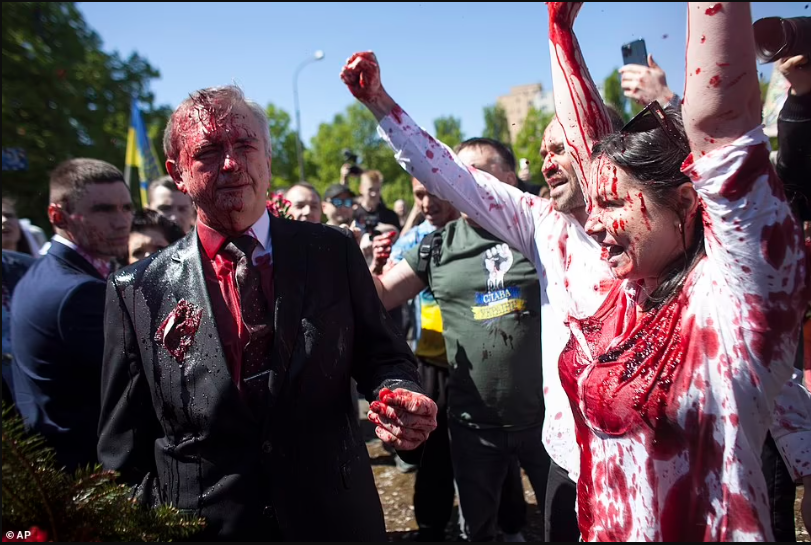 The incident highlights tensions which were constructing between Russia and different former Soviet states because the invasion of Ukraine.

Regardless of the threats, the Polish authorities has continued to produce weapons to Ukraine together with sending greater than 200 T-72 tanks to bolster its armed forces.

Russian state media was fast to grab on the incident in Warsaw as proof of what it claims is rising anti-Russian sentiment within the West, motivated by what the Kremlin insists is Nazism. 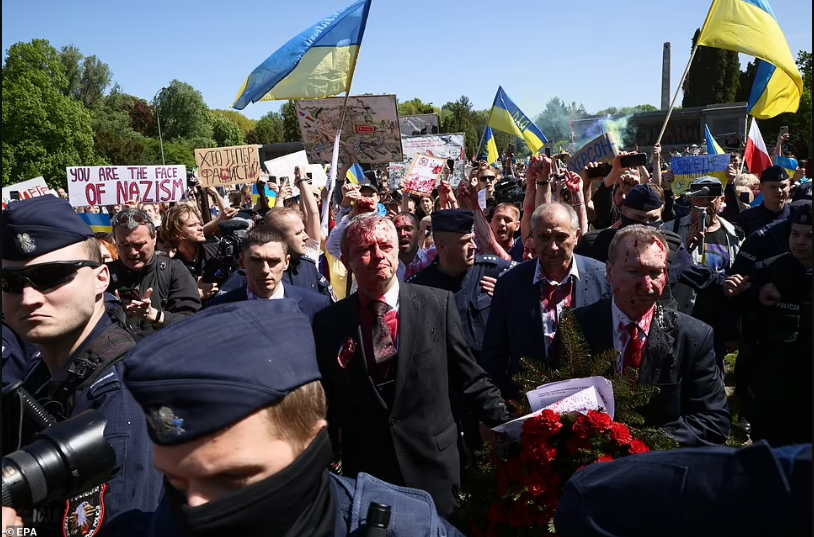 Maria Zakharova, a spokeswoman for Moscow’s overseas ministry, posted concerning the incident on her Telegram channel – saying that ‘followers of neo-Nazism have as soon as once more bared their faces, and it’s bloody.’ 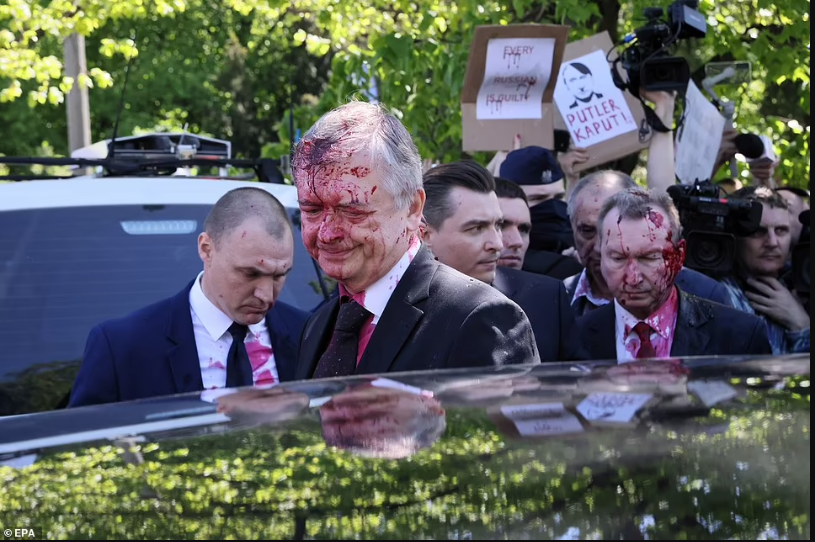 ‘The demolition of monuments to the heroes of the Second World Warfare, the desecration of graves, and now the disruption of the flower-laying ceremony on a holy day for each respectable individual show the already apparent – the West has set a course for the reincarnation of fascism,’ she messaged to followers.